Christmas is one of my favorite Holidays, I just love how everyone
decorates for it. Twinkling lights, Christmas trees, and all that snow, it can’t get more magical than that.

Well this year I thought I would try my hand at making some of those classic Cinnamon ornaments, but I wanted to jazz them up a bit by making them look like Gingerbread cookies.

Here is a sneak peek at a few of the results, and they smell so yummy too. There are quite a few cookie shapes to choose from, Christmas trees, mittens, stars, hearts, circles, and of course Gingerbread to name just a few. Be sure to head on over to the TurtleNotes shop to see them all.

Also new in the shop this Holiday season are printable gift tags and bag toppers. The bag toppers fit standard Ziploc bags. We have mistletoe themed bag toppers for a nail polish and sock gift set. We also have printable Merry Kissmas gift tags for a candy present, like kisses perhaps. . .

And finally we have printable bag toppers for the Mary Kay gift of nail polish, lip stick, lotion set, or facial care set, perfect for the ladies on your list.

As summer winds down I’m sure lots of you are preparing to go back to school, and by preparing I mean getting back onto a regular sleep schedule and shopping for school supplies of course. Going through my etsy shop inventory I realized I didn’t have any back to school items and I felt I should remedy that immediately. So I whipped up this adorable pencil themed printable banner. They are illustrated after the classic yellow Number 2 pencil and the letters I chose to pair with them reminds me of the overly simple letters we learned to write with in Kindergarten. Anyways the banner will be the perfect addition to any classroom decorations, back to school party, or even for a first day of school photo background/prop. They come in two sizes so be sure to head on over to helloTurtleNotes.com to check them out.

Its been a while since I’ve added new designs to the fandom series, and I felt that should be remedied immediately, and so I present to you the Guardians of the Galaxy Fandom Paper Pack. I had a lot of fun working on this one since the movie is so great and I had a lot to work with. Like the other fandom packs, we have a character pattern, a quote page, a couple symbols and icons from the film. Unlike the other packs we have available in the shop, this one has a soundtrack and lyric pattern since the soundtrack was such a huge and central part of the film we felt they needed to be included.

So heres a little sneak peek be sure to check them out further in the shop. We have them in color and black and white, both color options are available in letter size and scrapbook paper size. 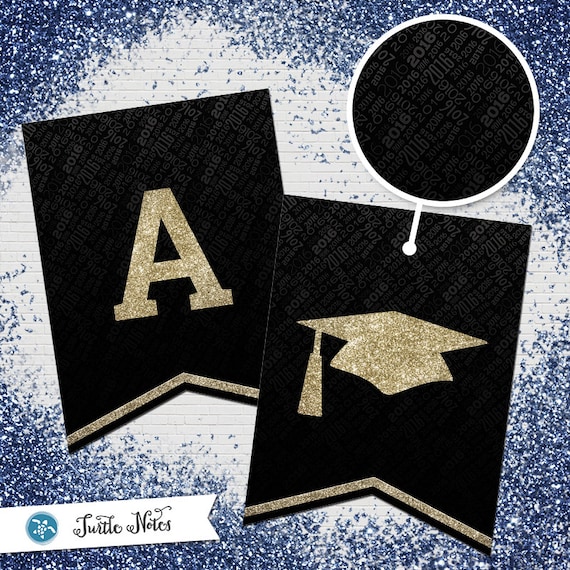 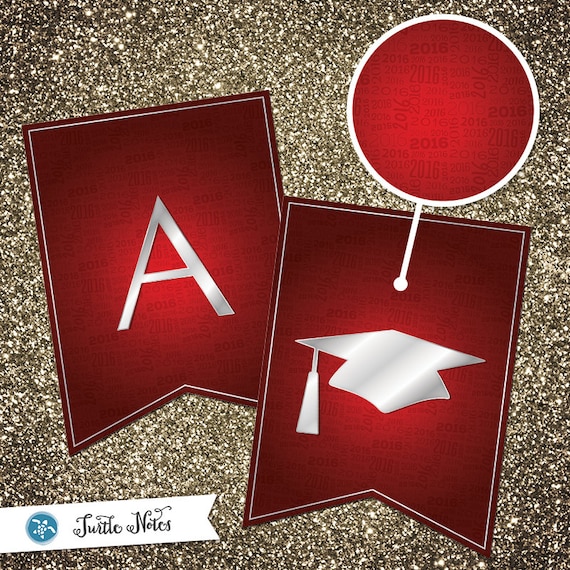 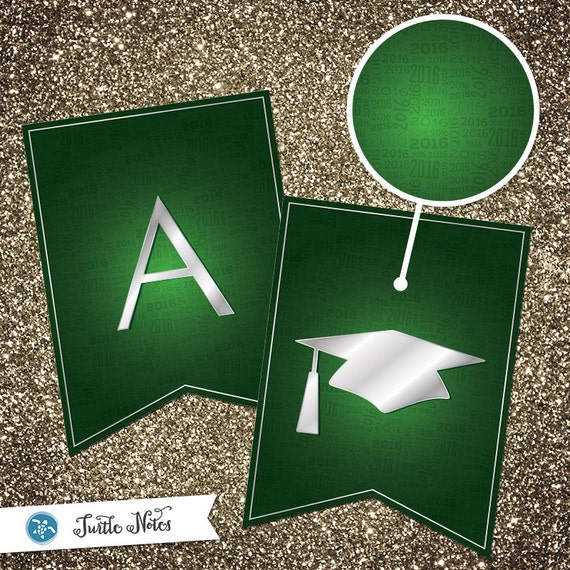 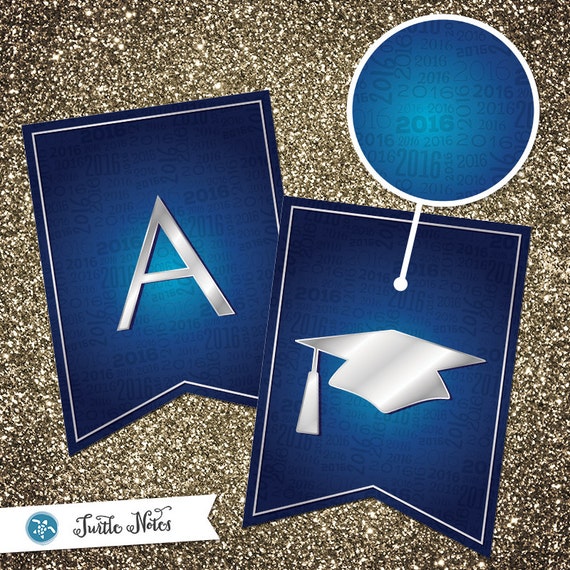 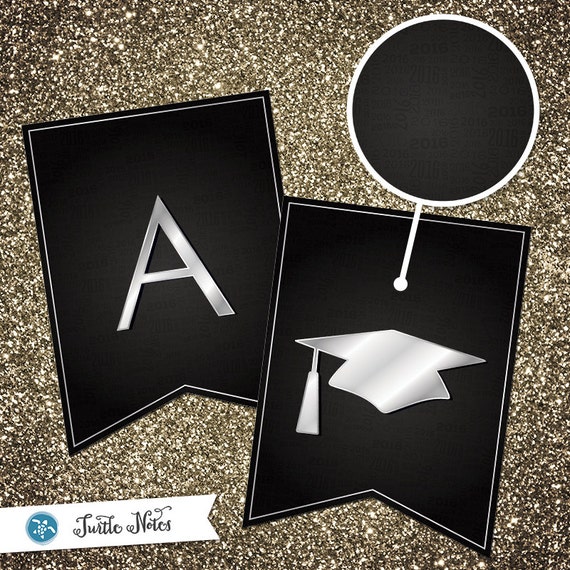 For all those recent graduates about to have that time tested Graduation party, we can help with a little decoration. We have a selection of printable banners, both large and small in a variety of colors and one with a bit of fake glitter, so no mess. Each has a subtle pattern in the background made up of repeating 2016.

You can print at home, but to save your ink I recommend printing at a printers, like kinkos, minuteman, or any local printer. Print on a sturdy paper such as a card stock so it can withstand a bit of a breeze so you don’t have a fluttering banner disturbing your party, and not looking good in pictures.

You can hang up your banner at the entrance of your party, over the food table, above your photo wall, or you can even create a photo booth for your guest to pose in front of, since everyone takes photos with their phones they’ll be their own photographer. Be sure to create your very own hashtag and let your guest know to use it and share their photos, then later you can put together a photo book of the event using shutterfly or other photo printer.

Our last post covered gift ideas for Father’s Day, it only makes since to follow it up with a post that will help you out with the card. We introduced our new printable greeting card style with our Printable Mother’s Day cards, and now we’ve added some new Father’s Day designs. So like the Mother’s Day cards, not only is there a beautiful design on the outside, but you can have an equally beautiful design inside by printing on a lighter weight paper like regular old computer paper and adhering it to the inside of the card, very much like those fancy-schmancy greeting cards you find in stores. And the extra kicker is the matching printable envelope that comes with it. All you need to do is head over to the shop, buy the card, print it out, cut, fold, adhere (don’t worry instruction come with it) and you’ve got yourself one fancy card that will truly let Dad know how appreciated he is. You have two designs to chose from, a workshop themed one that matches one of the Mother’s Day cards, and Super hero themed one.

So Father’s day is just a couple weeks away, June 19th to be exact and nothing is worse than forgetting. We’ve compiled a few ideas here for you on gifts you can make, they range in skill and material level so check them all out. You can also check out the Mother’s Day gift ideas from our Mother’s Day Post for ideas as well, since some of those ideas are great for Father’s Day too. But first a little backstory.

The first Father’s Day was celebrated in Washington in 1910, however it wasn’t until 1972 when President Nixon made it an official National Holiday. Of course Father’s Day was inspired by Mother’s Day, but as you can see from the dates above it took some time to bring it about, perhaps because as it was put at the time “fathers haven’t the same sentimental appeal that mothers have,” and through out the years men continued to disdain the very idea of a Father’s Day as one historian writes, they “scoffed at the holiday’s sentimental attempts to domesticate manliness with flowers and gift-giving, or they derided the proliferation of such holidays as a commercial gimmick to sell more products – often paid for by the father himself.” In the 20s and 30s the depression struggling retailers promoted Father’s Day as a ‘second Christmas’ for men promoting their neckties, hats, socks, pipes, golf clubs, and other sporting goods, so even then, Father’s got to look forward to receiving that embarrassing Father’s Day tie that they’re obligated to wear to work at least once.

So Father’s Day is now an official yearly thing, but you don’t need to rely on the old standbys of neckties, hats, socks or sporting goods when you can follow one of these tutorials a make a true one-of-a-kind gift.

If you’d like to see some more ideas for Father’s Day Gifts visit our Pinterest page here.

Visit our Etsy Shop, we have Printable Father’s Day Cards waiting for you. 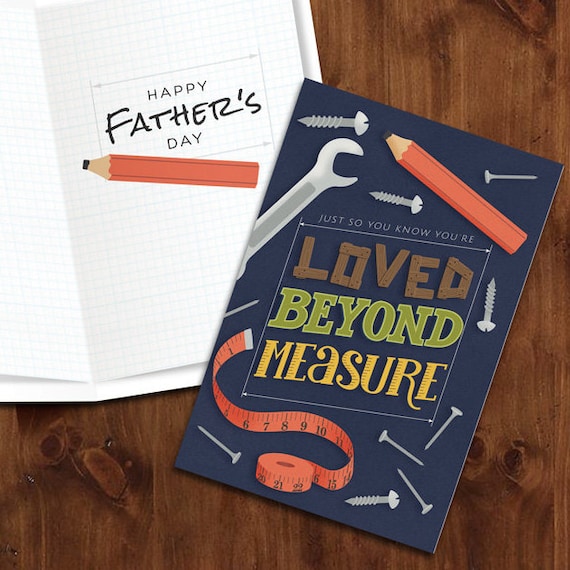 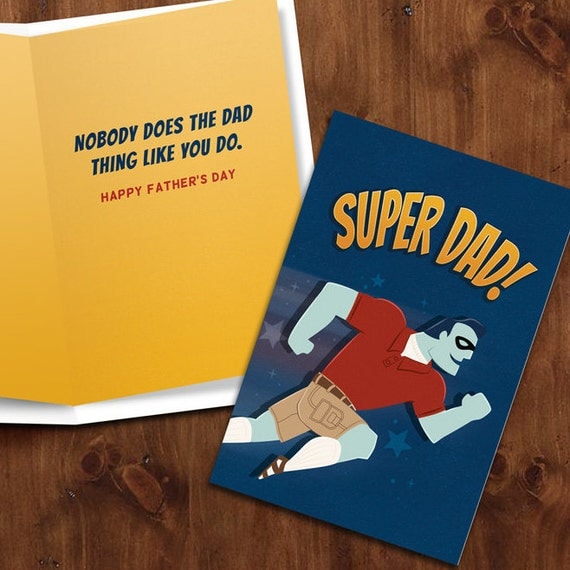 For Cinco de Mayo, we posted an image on our social media accounts of a Feliz Cinco de Mayo (Happy 5th of May) papel picado (decorative cut paper flag) and we got so much engagement on it that we thought that perhaps we should offer a printable version for party banners, and that’s just what we did. We created a new papel picado banner design, using the Cinco de Mayo banner as inspiration, and inserted the alphabet and numbers into this new design. They also include a cactus and a sugar skull. They come in two color choices: one in Pink with a Yellow background, and one in Blue with a Green background. They both have a subtle tissue paper texture added to it so they resemble their real-life counterparts when printed. You can trim down to the color sections like above, or leave in a rectangle shape with a slight white border.

These are great for those Spanish themed parties for Birthdays, Graduations, Baby Showers, or any party really. Check them out in the Shop.

I know they say that the best Mother’s Day gift is one you make yourself, which I believe is quite true since it shows that you devoted time and thought to your gift which is far more valuable than money, but a lot of the diy-crafty gifts out there are, let’s face it, junk. But don’t worry, we’re here to help. We’ve gathered up some ideas for some diy gifts that we feel are pretty, useful, and a bit more than your everyday store bought knick-knack. You can always go for the old standby of flowers and a home cooked Breakfast, though if you do go the Breakfast route remember to think about how mom might want to sleep in a bit and not be awoken early. We have some decor and breakfast recipe ideas posted on our Pinterest Page if you’d like to check those out.

If you’d like to see some more gift ideas for mom, party decorations for a Mother’s day party, Mother’s Day cards, recipes for breakfast and more visit our Pinterest page.

Visit our Etsy Shop, we have Printable Mother’s Day Cards waiting for you.

If you’ve been following the blog you’ll already know about the new printable card we developed for the Mother’s Day card we had just released. For those of you who haven’t been keeping tabs on us will do a quick recap. Our new printable cards include three pdf files: one is the beautifully designed outer card that you print on card stock, the second is a matching inner card design usually with a short little phrase or quote and maybe some drawn element that is printed on a lighter paper or computer paper will work just fine as well, and the final file is a coordinating envelope template. We also include a forth pdf with directions for assembling the card. So I actually lied, there are four pdf files. 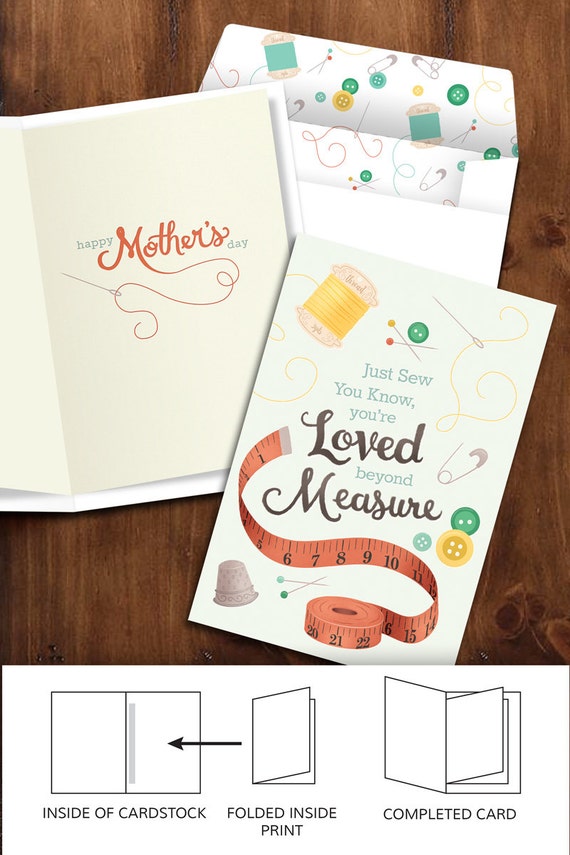 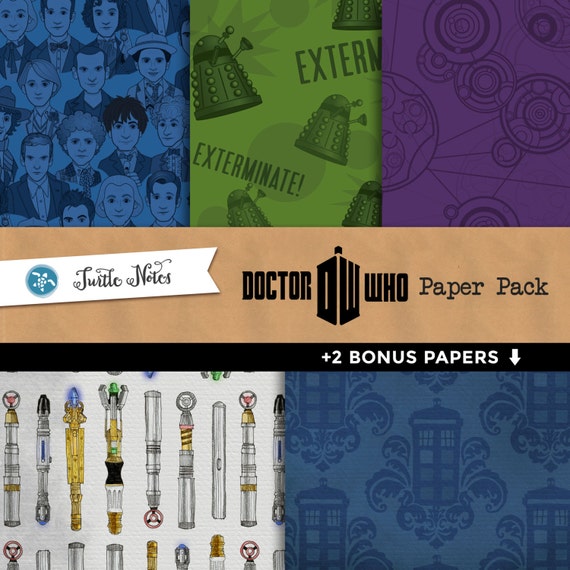 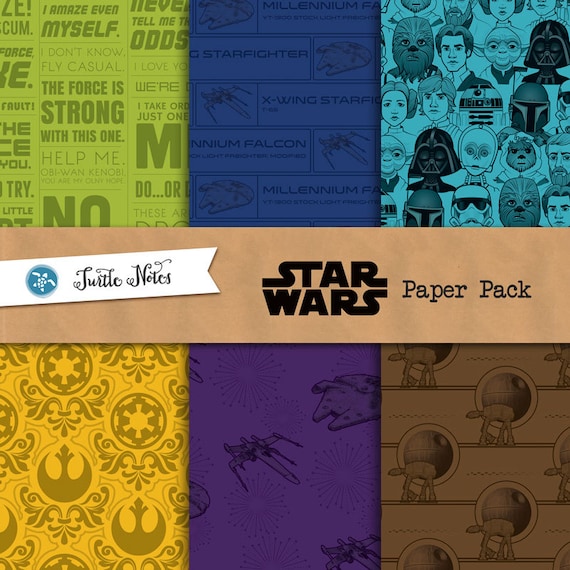 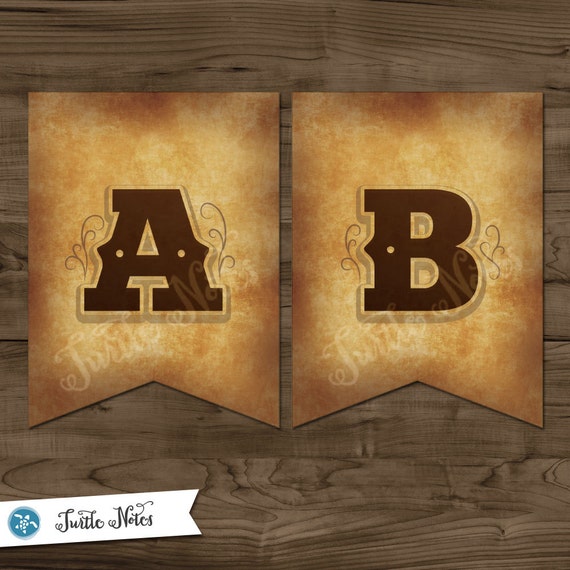 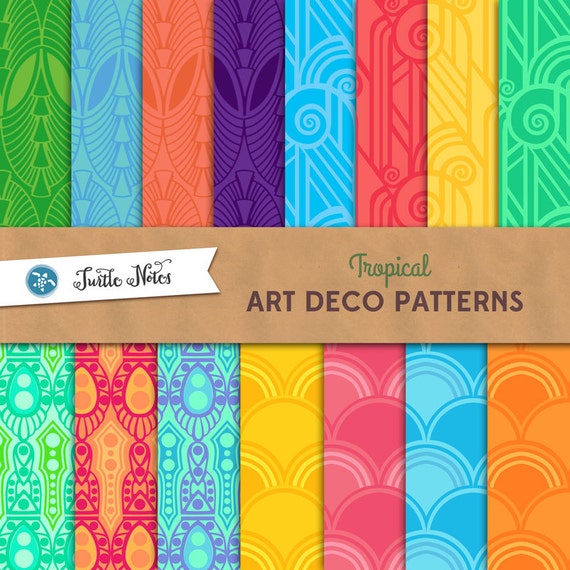 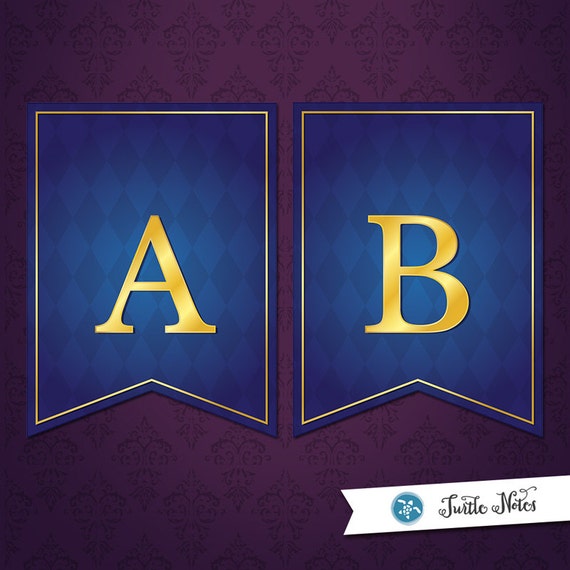 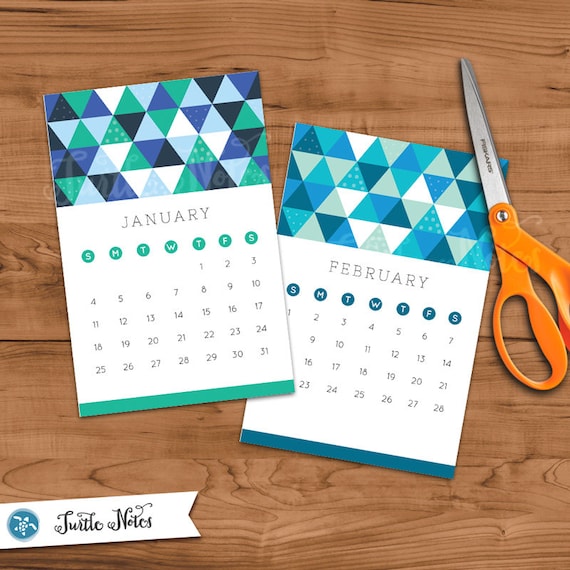 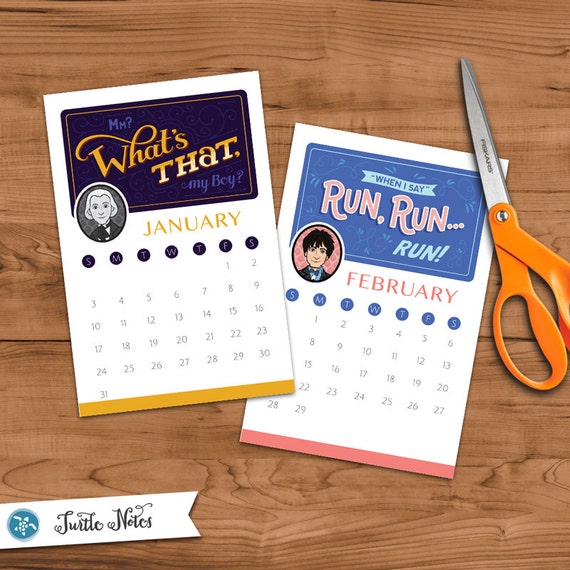 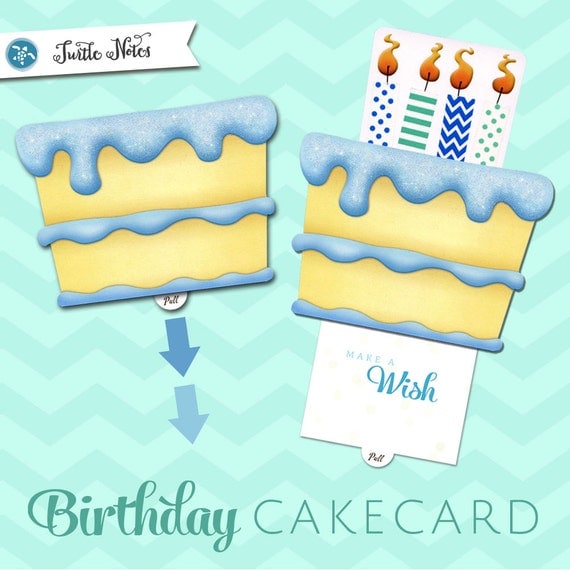